Aurangabad is one of the most picturesque and beautifully planned cities in India – located in the state of Maharashtra - in the central heartland of the country. After having basked in the glory of its famous and integral association with the Mughal empire, especially in the era of Aurangzeb, the city has become one of the hotbeds of tourism in India in the recent days. With robust infrastructure, verdant greenery and historical spots in its repertoire, Aurangabad’s climb up the ladder of tourism has indeed been fascinating.

Some of the most attractive tourist destinations in Aurangabad 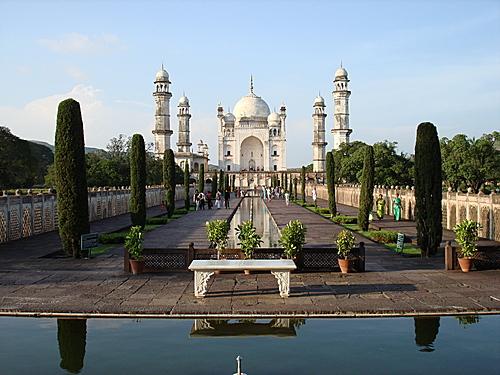 One of the most important links that Aurangabad still shares with the illustrious regime of the Mughal Empire of Aurangzeb is the burial place of the king’s wife Rabia-ud-Durrani. Located at a distance of three kilometres from the heart of the city, Bibi ka Maqbara is popularly known as the Mini Taj of Deccan owing to its structural and architectural similarities with the Taj Mahal at Agra. A Mughal garden and an archaeological museum are situated in the vicinity of the Maqbara. 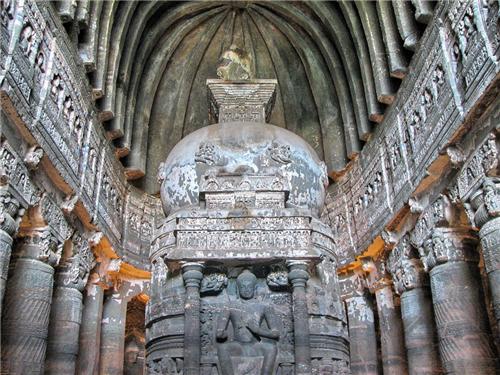 Considered to be one of the most relished pieces of art and architecture housed in India, the origin of the Ajanta Caves in Aurangabad dates back to the 2nd century BC. These are a combination of 31 rock cut cave monuments, which are aptly embellished by Buddhist paintings and sculptures. Besides, the Ajanta Caves are also home to a number of artistic works that bear strong resemblance to the Sigiriya paintings hailing from Sri Lanka.

Located at a distance of 19 miles from the centre of the city of Aurangabad, the Ellora Caves stand testimony to the architectural genius that was housed in the Rashtrakuta dynasty whose rulers were instrumental in getting the caves constructed. Presently included in the illustrious list of World Heritage Sites, Ellora Caves are categorized as one of the finest pieces of Indian rock cut architecture that were produced in the period of history between the 5th and 10 century BC. A total of 34 caves, which are actually Jain, Buddhist and Hindu temples carved out of the face of the Charanandri Hills, constitute the Ellora Caves.

Considered to be one of the largest irrigation projects undertaken in the history of independent India, the Jayakwadi Dam is a strategically located source of water in Aurangabad and is used as one of the primary water sources not only in Aurangabad but also in the surrounding regions like Marathwada and Jalna. A bird sanctuary and a public garden embellish the periphery of the dam.

Previously known as ‘Deogiri’ and immensely famous for being intricately intertwined with the legacy of Muhammad Bin Tughlaq of the Tughlaq dynasty, Daulatabad(meaning ‘City of Prosperity’) is a fort city situated on the north western fringes of the city of Aurangabad. This fort city was once the capital of the Tughlaq dynasty in the 14 century, but was subsequently deserted owing to the severe scarcity of water during the months of summer. However, its historic and architectural value continues to enthrall thousands of tourists every year.

This is one of the most famous Hindu temples, dedicate to Lord Shiva, which one can find within the periphery of Aurangabad. According to ancient mythology, there are twelve abodes of Lord Shiva, each of which is known by the name of ‘jyotirlinga’. Grishneshwar (also known as Ghsuhmeshwar) is considered to be one of those twelve abodes of the Lord and is hence held in high esteem by Hindus from all over the world. The temple is located very close to the Ellora Caves.

Covering an area of more than 250 square kilometres and located at a height of 680 feet, the sanctuary was first declared a protected area in 1986 following a massive environmental drive undertaken by the then Central government. With its flora and fauna repertoire spread lavishly over the Sahyadri hills, the sanctuary is a paradise for sloth bears and various species of migratory birds.

This is one of the most picturesque hill stations, located in the vicinity of Aurangabad (approximately 40 kilometres away from the city), and at a height of nearly 1100 metres. A temple, dedicated to Goddess Girijamata, and a lake perfectly adorn this hill station which has, at its peak, an exact replica of the Balaji Temple that is located in Tirupati. The monsoon season provides tourists with the perfect opportunity to bask in the verdant greenery of the hill station and also get a stupefying view of the surrounding plains from high atop the peak.

This is a place which is permanently etched in the annals of history for producing the first handmade variety of paper in India, following the advent of the technology into the country along with the Mongolian invaders in the Middle Ages. This is the paper that has traditionally been used in making the Quran, which is the holy book of the Muslims.

Nestled in the Satmala ranges of the Sahyadri hills, Pitalkhora is constituted by 13 caves, all of which stand overlooking enormous ravines. Not more than 50 kilometres from the Ellora Caves, Pitalkhora is famous for the Yaksha figures which are some of the most unusual pieces of architectural beauty presently being preserved in India.

Places to stay in Aurangabad

Considered to be one of the finest destinations for travellers from all over the world, the city of Aurangabad in the state of Maharashtra in India has attracted throngs of tourists of all classes for the last few decades. Besides a rich treasure trove of scenic beauty and historical heritage, Aurangabad also presents one of the finest spectacles of modern day development. In this article, we have put together concise descriptions of the some of the best places to stay in Aurangabad.
Hotel Rama International, Hotel Ambassador Ajanta and Hotel Taj Residency are some of the major luxury hotels in Aurangabad. Apart from this, the Aures Hotel, VITS Hotel, Hotel Windsor Castle,  are some of the best budget hotels in Aurangabad.

Aurangabad can be easily reached from all the major cities like Mumbai, Nagpur, Nashik and Pune through road transport like state transport buses. If you're coming from other major cities like Delhi or Bangalore, you can avail the railway routes or flights.