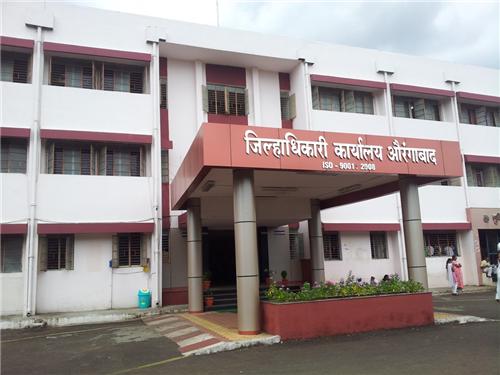 Aurangabad is a major business and tourist city in Maharashtra, and has an efficient administrative block running the city. Learn more about it below;


The Administrative Structure in Aurangabad

The bottommost level in the administrative chain of Aurangabad is occupied by the Aurangabad Municipal Corporation (AMC) – a statutory body established in 1936, covering an area of approximately 55 square kilometers and divided into six zones for administrative ease. The scope of jurisdiction of this body was expanded in 1982 following the inclusion of 18 villages in the periphery of the district under this body. The area of jurisdiction was consequently increased to more than 130 square kilometers.
The electoral wards into which the city of Aurangabad is fragmented are known as ‘Prabhags’ – and a total of 99 wards make up the electorate of Aurangabad, with each of the wards represented by a Corporator, chosen by the people residing in the wards. The Mayor heads the General Body and the Chairman heads the Standing Committee of the AMC, while an I.A.S. officer is designated as the Municipal Commissioner and vested the responsibility of heading the AMC.
Responsibilities of the AMC
Source of revenue of AMC
The Municipal Commission’s primary source of earning revenue is constituted by the various forms of urban taxes which are imposed on the citizens living in the city.

Administration at State and Central levels

The state of Maharashtra, is subdivided into six administrative divisions, one of the most important of which is the Aurangabad division. Geographically, this division closely coincides with the Marathwada division of the same state. Under the arrangements made by the Indian Constitution, the division of Aurangabad is responsible for 1 Lok Sabha Seat and 3 State Assembly states – Aurangabad East, Aurangabad West and Aurangabad Central.

The Bombay High Court formed the Aurangabad Bench in 1982, vesting judicial power on it for few districts in the state of Maharashtra – the power and scope of this bench was subsequently extended to include districts like Ahmednagar and the surrounding areas in 1988.
Presently, with a strength of 15 judges, the bench oversees judicial matters for the following districts of Maharashtra – Jalna, Beed, Jalgaon, Dhule, Aurangabad, Ahmednagar, Osmanabad, Latur and Parbhani.