Named after the Mughal Emperor Aurangzeb, Aurangabad is one of the fastest growing cities in the world. The city has already been expanding since past few decades as more and more industries and companies have settled here and that has led to lot of development and industrial growth. Aurangabad is the 5th largest city in Maharashtra after cities like Mumbai, Pune, Nagpur and Nashik and contributes to the economy of Maharashtra in its own way. While Aurangabad is known for the kind of industrial production and companies that provide employment to the local people the city is known for being the tourism hub of Maharashtra. Aurangabad has been surrounded by many historical monuments and structures like Bibi ka Maqbara and Ajanta and Ellora Caves which are now UNESCO World Heritage Sites. 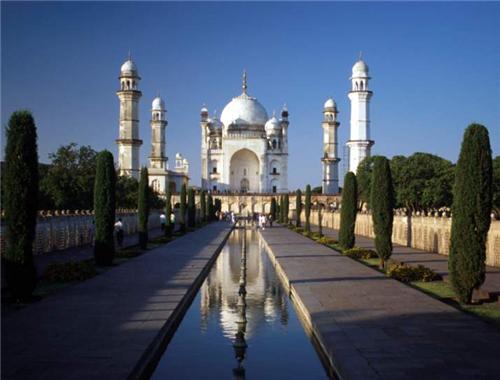 Origin of the Name Aurangabad

While the city is known as Aurangabad currently, it was formerly known as Khadki when the city was just a small village in 1610 A.D. Back then, Khadki was ruled by a Muslim minister Malik Ambar who also was the Prime Minister of Murtaza Nizam Shah of Ahmednagar. It was under his rule that the city managed to grow and prosper. He also came up with some interesting architecture that is still visible around the city.

However, after his death in 1626 the city was ruled by his son Fateh Khan and therefore the name Khadki was changed to Fatehnagar. Soon after that in 1633, Mughals captured Daulatabad and also included Fatehnagar in their treaty. In 1653, when Prince Aurangzeb was appointed the Viceroy of the Deccan he renamed the city from Fatehnagar to Aurangabad. The city is also referred to as Khujista Bunyad by the chroniclers of Aurangzeb’s reign.

Aurangabad certainly prospered as Khadki under the rule of Malik Ambar as he managed to spend money and his men would support the city well. The city managed to get great architecture under his rule, but things went wrong soon after his death in 1626. Some of the visible changes happened during the invasion of imperial troops in 1621 led by Jahangir.

After the death of Malik Ambar, his son Fateh Khan took over the rule renaming the city to Fatehnagar, but he could not match the powers and political conspiracies during that time and it went under the hands of Mughals by 1633. After that, Aurangabad soon became the center of dispute and many attacks were recorded here between the Mughals and the Marathas led by Shivaji. To tackle the surprise attacks by Marathas, Khan Jahan Bahadur erected a city wall around Aurangabad that would keep the city safe and offer Mughals some time to defend themselves.

Bibi ka Maqbara is a monument that is believed to be built in 1660 by Aurangzeb’s son, Azam Shah as a loving tribute to his mother, Dilras Bano Begum. Aurangabad also went into the hands of various other Mughal rulers like Nizam-ul-Mulk Asif Jah who arrived to the Deccan to have his own dynasty. He mad Aurangabad his capital in 1756. However, soon after his rule the power was transferred to his fourth son, Nizam Ali Khan Asaf Jah II who shifted his capital to Hyderabad in 1763.

After the Battle of Kharda that took place in 1795 between Nizam and Peshwa Madhavrao II, Aurangabad went into the hands of Marathas. While Marathas were happy with the acquisition of Aurangabad but the rule only last eight years as they lost their territories against Arthur Wellesley during the Second Anglo-Maratha War. Aurangabad also became the main center and played an important role in the Indian rebellion of 1857. Aurangabad remained a part of Nizam’s princely Hyderabad State until its annexation into Indian Union and became a part of Hyderabad state until 1956 after independence. In 1956, it became a part of newly formed bilingual Bombay state and later in 1960 it became a part of Maharashtra state. 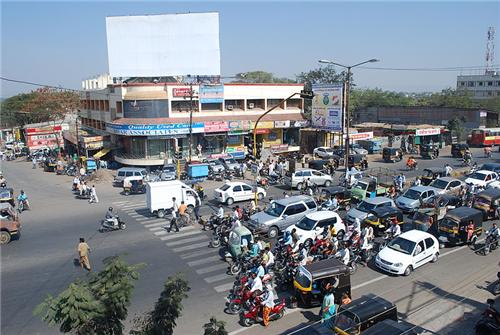 Aurangabad Municipal Corporation is also known as AMC and is the local civic body that handles city related administration. AMC is divided into six zones. The city is also divided into 99 electoral wards which are locally called as prabhags. Each ward is represented by a Corporator. There are two committees that handle the administration in the city; General Body headed by the Mayor and Standing Committee headed by the Chairman.

AMC looks after the basic amenities like drainage facility, drinking water, road, street lights, primary schools, healthcare facilities. The administration collects its revenues from the city taxes that are imposed on the citizens and is headed by the Municipal Commissioner, an I.A.S. Officer and various other officers in the department.

Aurangabad is well connected with different cities in Maharashtra and across India. Locally, Aurangabad has MSRTC buses and other private bus operators that provide bus services to any part of the city. The city also has intra-city bus service called as Aurangabad City Bus that connects to different parts of the city suburbs. Aurangabad also has rail connectivity to Mumbai, Hyderabad and Delhi. It also connects to other major cities across India like Nagpur, Nasik, Pune, Madurai, Gwalior and Bhopal.

The city also has domestic airport that has connecting flights to Hyderabad, Mumbai, Delhi, Udaipur, Jaipur, Pune and Nagpur. Aurangabad is also well connected through roads across Maharashtra and other states. The National Highway 211 from Dhule to Solapur passes through the city. Aurangabad is also connected to Mumbai through four lane National Highway. The city is also going to make use of Nagpur-Aurangabad-Mumbai Expressway which is being developed currently..

Aurangabad is generally considered to be a Hindu dominated city in which Hindus occupy 59.1% of  the population, while about 38% consist of Muslims. Even though the religious diversity in the city is not too significant, Aurangabad is well known for its receptiveness to tourists of all castes and religion.
Nearly 56% of Aurangabad’s population has been classified by the 2011 Census as Marathi speaking, while 30% has been clubbed together as Urdu speaking.